>>> In response to the COVID-19 pandemic, all of our services and materials are either available online or accessible virtually. <<< 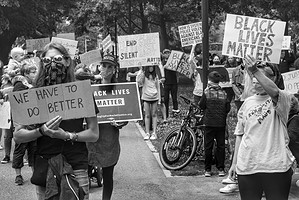 During this time we have been collecting resources to help us all get to work. We will update this blog post as we continue to collect the resources we believe are fitting in this moment.

This post contains affiliate links. If you make a purchase via one of our links, Seven Stones may receive compensation.

Here is the list of the resources we use in our work at Seven Stones:

The 7 Laws of Enough by Gina and Jen

Between the World and Me by Ta-Nehisi Coates

Mindful of Race by Ruth King

My Grandmother’s Hands by Resmaa Menakem

How to Be an Antiracist by Ibram X Kendi

Waking Up White, and Finding myself in the Story of Race by Debby Irving

“How White Women Use Themselves as Instruments of Terror” | Charles M. Blow

Resources for Understanding Power and Racism

A Different Mirror by Ronald Takaki

A Life of Being, Doing, and Having Enough by Wayne Muller

An American Marriage by Tayari Jones

Between the World and Me by Ta-Nehisi Coates

Conversations in Black by Ed Gordon

Girl, Woman, Other by Bernadine Evaristo

Heavy: a Memoir by Kiese Laymon

How to Be an Antiracist by Ibram X Kendi

How We Fight for Our Lives by Saeed Jones

Me and White Supremacy by Layla F. Saad

Mindful of Race by Ruth King

My Grandmother’s Hands by Resmaa Menakem

So You Want to Talk About Race by Ijeoma Oluo

Stamped from the Beginning by Ibram X. Kendi

Such a Fun Age by Kiley Reid (novel)

The Color of Law by Richard Rothstein

The Fire Next Time by James Baldwin

The Fire This Time by Jesmyn Ward

The Hate U Give by Angie Thomas

The Inner Work of Racial Justice by Rhonda V. Magee

The Mothers by Brit Bennett

The Source of Self-Regard by Toni Morrison

The Warmth of Other Suns by Isabel Wilkerson

Waking Up White, and Finding Myself in the Story of Race by Debby Irving

Why Are All the Black Kids Sitting Together in the Cafeteria? by Beverly Daniel Tatum, PhD

“Where Does it Hurt?” | Ruby Sales speaking with Krista Tippit

“Conversations with the Wise” | Ruth King

“The difference between being “not racist” and antiracist” | Dr. Ibram X. Kendi

“Racism has a cost for everyone” | Heather C. McGee

“Get comfortable with being uncomfortable” | Luvvie Ajayi

“We need to talk about an injustice” | Bryan Stevenson

“Me & White Supremacy: How to Check Your White Privilege” | Zoe Beaty

“Justice for George Floyd: What to Read and What You Can Do” | Stephanie Eckardt

“#BlackLivesMatter: Here’s Ways You Can Get Involved in the Movement” | The Honey POP

“Mindful of Race, Transforming Racism from the Inside Out” | Ruth King

“For Our White Friends Desiring to be Allies” | Courtney Ariel

“Diversity, Equity, and Inclusion: A Work in Progress” | Jocelyn Wyatt

“Confronting Prejudice: How to Protect Yourself and Help Others” | Pepperdine University

One thought on “Anti-Racism Resources”